SEATTLE [June 1, 2021] — Yakima prosecuting attorney Daniel D. Clark has been elected by the Board of Governors of the Washington State Bar Association (WSBA) to serve as President for the 2022-2023 fiscal year. Accordingly, Clark will assume the President-Elect title this October. In his current role as Treasurer, Clark has made state bar history as the only person to serve two terms consecutively in that office. As President, he will continue to blaze trails: He will be the first County Deputy Prosecuting Attorney to hold the bar’s top leadership position (notably, only one other full-time government lawyer has been President previously); also, Clark—who has a stuttering communication disorder disability—is believed to be the first President-Elect with a major disability. 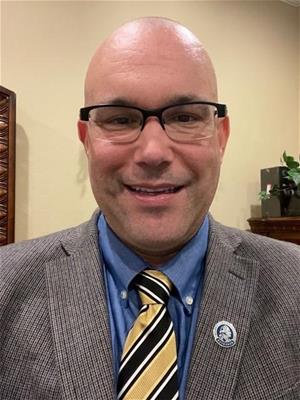 “I am extremely honored to be elected President-Elect, and I believe my unique perspective will help me build connections across the state,” Clark said. “I am a government lawyer from eastern Washington with an audible disability, and those experiences have shaped my values and work ethic. I am a public servant at heart, and I understand what it means to have to work twice as hard to overcome perceptions to prove myself.”

Colleagues on the Board of Governors praised Clark’s incredible diligence and commitment—to the state bar, to the legal community, to the public, and equity and inclusion—during the President-Elect election on May 20. Clark said he is committed to continuing to lead the state bar with increased transparency, fiscal efficiency, and public and member services. These have been consistent themes for Clark since he was elected to the Board as District 4 Governor in July 2017 to fill a vacancy. He was then elected in 2018 for a full term and re-elected for another 3-year term in April 2021.

In his professional life, Clark has served as a senior deputy prosecuting attorney with the Yakima County Prosecuting Attorney’s Office, Corporate Counsel Division, since 2002. His legal practice includes providing legal representation to various Yakima County department heads, including Yakima County treasurer, budget director, auditor, and elected officials in civil and ad valorem taxation litigation matters. He also assists deputy prosecutors and law enforcement in criminal prosecutions and civil real and personal property forfeiture matters. In addition, he serves as legal counsel for the Southeast Aging and Long-Term Care Council of Governments, an entity comprised of eight counties providing vital services under the Older Americans Act for the elderly and those in need of long-term care. Previously, he worked for Yakima County Superior Court where he served as a judicial law clerk for Hons. James Hutton, Michael E. Schwab, Robert N. Hackett, and C. James Lust.