SEATTLE — The Washington State Bar Association (WSBA) has named James K. Doane as the 2020 recipient of the President’s Award, in recognition for his servant leadership, community impact, and commitment to diversity and inclusion. 2019-2020 WSBA President Rajeev D. Majumdar bestowed the award at the September Board of Governors meeting, when the award is announced annually. The President’s Award is given in gratitude to someone who has been particularly supportive and inspirational during their term. 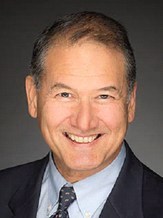 “James Doane epitomizes servant leadership,” said WSBA President Majumdar. “He stood out as a pillar of how I want to lead my professional and personal life, as a model of selfless leadership, and, ultimately, as the person who made my term as president possible.”

Doane has served on the WSBA Board of Governors, as chair of the Executive Committee of WSBA’s Corporate Counsel Section, and WSBA’s liaison to the Asian Bar Association of Washington. He regularly contributes to legal community programs and initiatives such as the Washington State Bar Foundation, the Eastside Legal Assistance Program, the Northwest Immigrant Rights Project, the Legal Foundation of Washington, the King County Bar Foundation, and the Legal Executives Diversity Summit.

Doane is committed to diversity and inclusion, especially as it pertains to his Japanese roots, history, and community. His earliest recollections stretch back to the 1950s in Seattle’s International District. His mother raised four children while working at Bush Garden in what was then known as Chinatown. To this day, Doane advocates for and supports the International District community. He regularly sponsors community cultural events and scholarships, including recently serving as a judge for a mural contest to help the International District respond with art after buildings were vandalized in the midst of the George Floyd protests.

“I was happy to support this peaceful show of solidarity,” said Doane.

Remarking on Doane’s more than 40 years as a corporate lawyer involved in global ethics and compliance, intellectual property, and mergers and acquisitions, Majumdar noted, “James is an all-star in his field, having served in big firms and in big businesses, in the U.S. and in Japan. His education pedigree is just as impressive, layering his University of Pennsylvania Law School degree on top of a Harvard degree in East Asian studies and Rockefeller Fund Fellowship for Japanese language study.”

Doane has served as president of the Japan-America Society of the State of Washington, chair of the International Service Committee of the Seattle 4 Rotary Club, and as a trustee at the Rainier Club. He and his wife, Yumi, also support local nonprofits supporting education, such as the Bellevue College Foundation and Rainier Scholars.